Jorhat, widely known as the Tea capital of India, is one of the most important towns of Assam. Jorhat, due to the presence of various cultural diversities is also well known as the “Cultural Capital of Assam”

‘Majuli’ biggest reverie island of the world is also located in the north of the district. Jorhat as the last capital of the Ahom Empire is also rich in its cultural heritage. The Festivals in Jorhat are celebrated with much joy and grandeur. 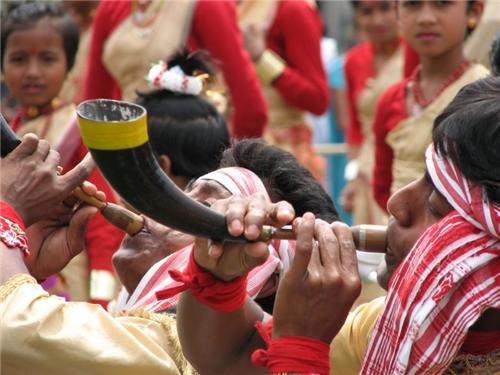 The Tea Festival is celebrated in the district of Jorhat every year with great fun, enjoyment, and entertainment. This festival is all about tea, gaiety, and music. The Tea festival in Jorhat brings to you an excellent package of excitement and fun. The Jorhat tea Festival generates a mood of festivity with traditional and a warm cordial reception. The Tea festival in Jorhat is celebrated by visiting the tea gardens, tasting delicious food items, safaris into the jungles, playing golf and last but not the least by shopping and cultural entertainment. Adventure sports like rafting and angling in turbulent rivers are also held during the festival. Jorhat Tea Festival is a blend of a pleasure trip and business trip. The tourists, along with the beauty and cultural diversity of Assam, can enjoy the festivals in Assam.

Majuli well known as the world’s biggest riverine island is located in Jorhat. Majuli Festival is celebrated in Jorhat during the winter season, presumably in the month of November.

Assamese and tribal dishes are also made available during the festival.One can observe the adjustment and gathering of all ethnic groups of people under the same sky, reaching the Majuli Festival of Majuli in Assam.  But at the same time the groups also keep on their respective individual and traditional and cultural entities. Majuli Festival is very remarkable event. Lot of opportunities is provided by the Majuli Festival to fit oneself into the festival.

Bihu, is the most important festival in Assam And the same goes for Jorhat as well. The festival of Bihu is primarily of three types:

Bohag Bihu marks the beginning of the Assamese new year. According to the Assamese calendar year Bohag is the first month and so the name Bohag bihu. The Bihu  also marks the beginning of the agricultural season. During this bihu, laaroos, pithas, and other assamese delicacies are prepared and consumed by the people. Many cultural activities are also organized during this Bihu.

Kati Bihu or Kongali Bihu is celebrated during the month of October. Since it is during the time when the agriculture and harvest is less, this Bihu is a festival of less merriment and so people in order to pray to Tulsi plant, the paddy fields, granary, and garden light earthen lamps.

Bhogali Bihu is the festival of merry making and feast. The bihu is celebrated in the month of January according to the English calendar and in the month of ‘Magh’accordinf to Assamese calendar. People have feast together in this Bihu as because during this time that the harvest is rich. People feast together and they build a cottage like tower with hay which is known as Bhela Ghar in the first night of Bihu which is known as ‘Uruka’. Bhela Ghar is burnt in the morning of Bihu.

Apart from these the people of Jorhat also celebrate other festivals namely:


Explore more about Culture of Jorhat