Jorhat airport which started functioning in 1950 is located 7 kms South-West of the city Jorhat. The Jorhat airport was previously known as the Rowriah Airport. After Guwahati, the Jorhat airport is the second busiest airport in Assam. Jet Konnect and Jet Airways are the only airlines operating in and out of Jorhat.

Jorhat airport is also one of the important gateways to Nagaland and Upper Assam. The airport also has special parking bay for AB320, B-737and others.

As the city of Jorhat also houses some of the famous historical monuments that reflects Ahom Rule and traditional Assamese culture so number of tourists is continuously increasing and the Jorhat airport is well equipped with all the modern facilities to witness such a huge turnaround. 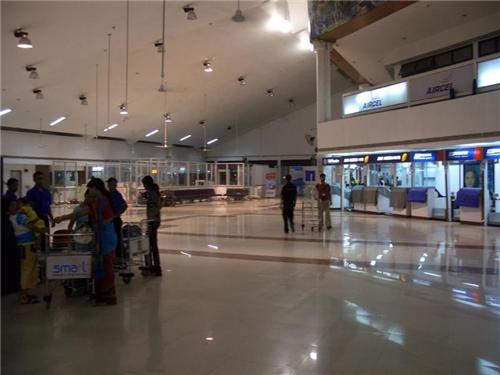 Terminal 1: Jorhat Airport Terminal consists of four check in counters and each check in counter have their one respective security counter. Air India, Jet Airways, and several other major airlines connect various major cities of Assam and adjoining one.

Shopping and eating facilities: For the convenience of the travellers handloom stalls, TR Book Stall, Snack Bar,several Juice Corner , Cafeteria as well as restaurants is available in the airport.  Auto Vending Machines (for newspapers, snacks, magazines etc.) for the ease of passengers is also available.
Duty Free Shopping: Some duty free shops where one  can find Duty Free Alcohol of brands like Smirnoff Vodka, Johnny walker,  Jim Beam, Jack Daniels, Bushmills, Courvoisier, as well as cigars, cigarettes, perfumes, and other types of  tobacco item as well are available in the airport.

Connectivity with the Jorhat City:

Bus: The Jorhat Bus stand is about 10 kms from the Jorhat airport. One can easily find taxis, auto and private cabs as well as buses to reach the airport from the bus stand.

Rail: The distance between Jorhat airport and Jorhat railway station is about 9kms and it takes around 10 minutes to reach, people can find buses as well as taxis to reach the airport, from the railway station.

Explore more about Transport in Jorhat