Mulai Forest is named after Jadav ‘Mulai’ Payeng who is a Mishing forestry worker and an environmental activist. The forest is named after him for the amazing unbelievable fact that the entire forest was formed by him. Over the course of a very long time, he successfully planted and tended to trees on the sands of river Brahmaputra and finally turned it into a reserve forest. The Mulai forest is located near Kokilamukh in Jorhat, Assam. 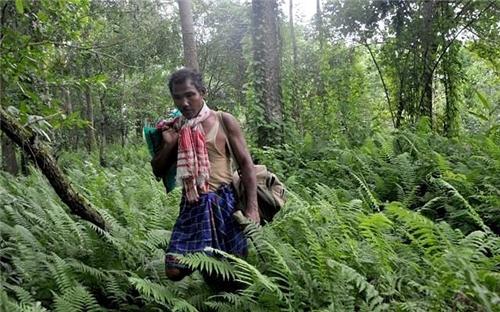 sands of the river Brahmaputra and also killed them. The work on the forest started way back in the year 1980. He started work when the social forestry division of Golaghat district launched a scheme at Aruna Chapori tree plantation on 200 hectares. Mulai was also one of the workers who had worked on the project and the entire project took around 5 years for its completion. Even after the project completed, Payeng chose to stay back and work more on the project whereas the rest of the workers left. Payeng then continued to plant more and more tress and was determined enough to give the project a positive and confirmed result. He gave his optimum effort in order to turn the place into a reserve.

Payeng’s dreams turned into reality soon enough when the place was turned into a forest reserve and even animals started residing in the area. Indian rhinoceros, Bengal tigers, rabbits, deer and different types of birds also reside here today. The count of tress and its variety also is very huge with trees like valcol, moj (Archidendron bigeminum), ejar (Lagerstroemia speciosa), koroi (Albizia procera), arjun (Terminalia arjuna), goldmohur (Delonix regia), and himolu (Bombax ceiba) present here. A total of 550 hectares of the area is covered by bamboo trees and plants. The forest also has visitors which are elephant herds that cross the number 100. These elephants have also reproduced in time increasing the population and the elephant count in the forest.

However, the efforts that Payeng had put into the forest formation came into being only in the year 2008 when the forest department officials went to this part of Assam looking for a herd of elephants, 115 in number. The elephants were searched since they had damaged the property of villagers of Aruna Chapori, which is at a distance of 1.5 kms from the forest. When the officials reached the forest, they were stunned and shocked to find such a huge dense forest. And since that time, the forest officials started a regular visit to the forest and lending a helping hand to Payeng. 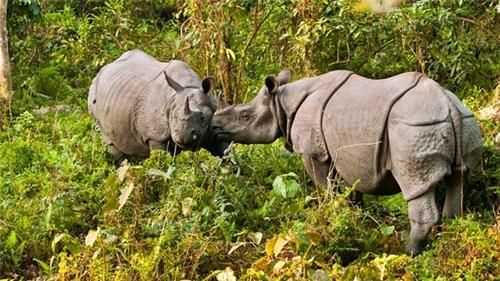 he forest also is threatened by poachers who sneak into the reserve and try to lay their hands on the horns of the one-rhinoceros strolling freely around the forest without any fear. Payeng, however turned into a saviour as he had informed the officials about the ongoing cruelty for which actions were taken in order to save these harmless animals.

Jadav Payeng, the ‘Forest Man’ as he is well known, is ready to take up new similar projects in hand and start work in other places and work towards human benefit. The Mulai Forest is a great exemplar of humanity and its desires to make this world a better place to live in.