Playing a sport is extremely important in today's life! It is essential both for building up the body and for maintaining mental well being. Known to give energy and inner strength, sports help in overall development of the body. A number of sports are played in Jorhat which includes cricket, tennis, football, golf, billiards and badminton among others. Jorhat has also had the credit of producing a host of cricketers and footballers who have made their names in the national sports arena. Sports personalities like Madhurjya Prasad Barua, Jiten Barua, Siva Gogoi, Anowar Hussain,  Naren Savapandit, Rebo Poddar, Punyeswar Kachari, Amal Richards and Arun Barua have made proud the city in the sports arena. There are also stadiums and centres where the sports are played in Jorhat.

A well known stadium, the Jorhat Stadium was established in 1950. Situated in the heart of the Jorhat city the 12,000 capacity Jorhat stadium is controlled by the Board of Sports, Government of Assam. The stadium was founded by P D Stressy, a forest officer and a huge lover of sports. The National Sports Club of Assam organised the Overseas Cricket Tournament in 1955 in this stadium for the first time. Various outdoor games, including the ATPA Shield Football Tournament have been organised at the stadium. The Jorhat District Sports Association takes the charge of organising the ATPA Shield football Tournament here at the stadium. 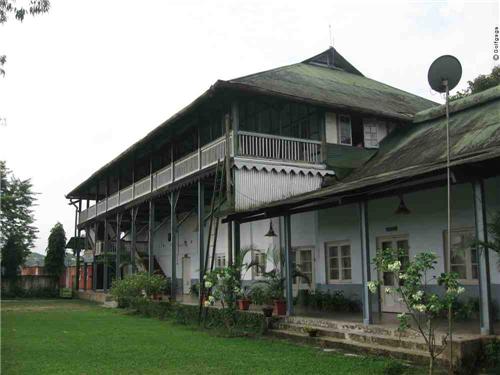 The Jorhat Gymkhana Golf Club is a 9 hole parkland style golf course in Jorhat. The club is listed as the 11th oldest club in the world outside the UK. In addition to its golf course the Gymkhana club is also a venue for billiards, tennis, bridge and race weeks among others.

Kushal Knowar Indoor Stadium at KK Handique Path in Jorhat is an important indoor stadium here. The stadium has the facilities for playing Table Tennis, Badminton etc. It also has a Gymnasium/ fitness centre here.

There aren't too many sports shops in Jorhat but the few which are there have good stock of all sports goods and accessories.

Explore more about Sports in Jorhat