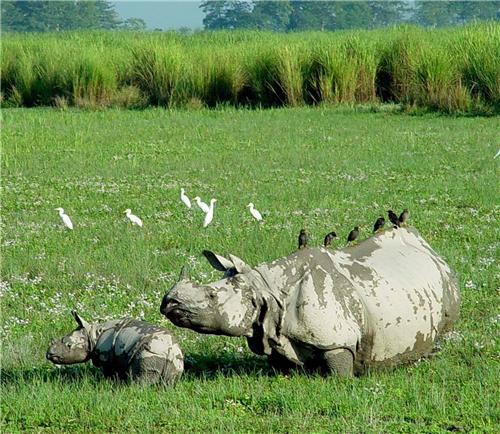 The world’s biggest river island, Majuli is located in Jorhat on the mighty river Brahmaputra. Majuli is the prime seat of Vaishnavites and Vaishnavism religion. One will find many satras in Majuli Island whereVaishnava culture is regularly practiced. These Satras were founded by great Vaishnava saint Shrimanta Sankardeva. There are all together 22 satras across the island of Majuli which include:

Garamurh Satra: The Garamurh Satra was founded by Lakshmikanta Deva and there are ancient weapons of Ahom rule known as ‘Bartop’ or cannons preserved in this Satra. This Satra also holds Rasleeela festival annually.

Auniati Satra: This Satra, founded by Vaishnavite Niranjan Pthakdeva is famous for ‘Paalnaam’ and the Apsara dances which takes place here. There are also ancient Assamese artifacts, utensils, beautiful jewelry and antique handicrafts preserved here. This Satra is home to around a hundred and twenty five disciples and has many followers worldwide.

Benegenaati Satra: This Satra houses many antiques of cultural and historical significance. The Satra is an advanced canter of performing arts. The royal raiment made of gold, which belongs to Ahom King Swargadeo Gadadhar Singha is in this Satra. There is also a gold royal umbrella preserved here.

Garakhiadol Temple: The Garakhiadol Temple is a Shiva temple located 7 kms from Jorhat town. The temple was constructed in the year 1714 during the reign of Ahom ruler Swargadeo Siba Singha. The presiding deity of Garakhiadol temple is Lord Shiva. The Mahashivaratri festival is celebrated with much fervor. 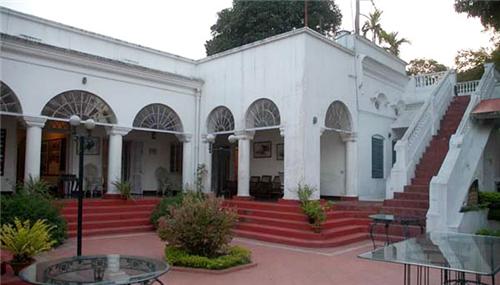 Thengal Bhavan: The Thengal Bhavan is a historical complex situated located around 8 kms from Jorhat town. It is the place wherefrom the first Assamese weekly newspaper Dainik Batari was published. The Bhavan was built in the year 1880 by Raibahadur Shiva Prasad Barooah. In the year 1929, another weekly Assamese newspaper was published from here. Later on, Raibahadur Shiva Prasad Barooah shifted his printing press and office to the Thengal Bhavan.

Raja Maidam: The Raja Maidam s another historical site created to preserve the ashes of king Purandar Sinha. The maidam is located on the southern banks of the Toklai river.

Lachit Borphukan Maidan: This maidam is dedicated to greatest Ahom general Lachit Phukan who defeated the Mughals at Saraighat Battle in the year 1672.

Garh Ali: Garh Ali is a historic embankment built during the war fought between the Ahoms and the Moamarias. It was built to protect the Ahom kingdom from the brutal attack of the Moamarias. The Garh Ali starts from Seoni Ali and extends up to the location of the Naga hills. Garh Ali is also called Bibuddhi ghar.

Gazpur: The name ‘Gazpur’ relates to the incident when an Ahom king decided to create a town by collecting a thousand elephants. However, since it was not possible to collect so many elephants, the king gave up the idea of creating and named the place as Gazpur.

Magolu Khat: The Magolu Khat is located 4 miles west of the Jorhat town. Ahom king Rajeshwar Sinha established the Mogolus or Manipuris at this place after marrying  Kuranganayani, princess of Manipur in Manaimaji village. 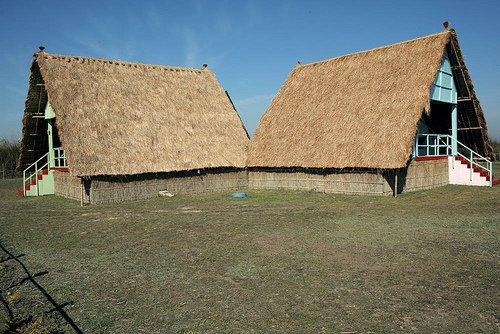 Mou Chapori: Mou Chapori at Neematigarh is a small river island on Brahamaputra. It is a tourist and guest accommodation in Jorhat. Visitors are transported from Nimatighat by ferry to the river resort. From the resort tourists can enjoy the beauty of the Brahmaputra river and the beautiful sunset scene. The Resort also provides varied systems of accommodation in the resort.

Borbheta: The Borbheta area in Jorhat is famous for the Assam Agricultural University, the district jail, the Jorhat Police Reserve and the Christian Mission Hospital located here.